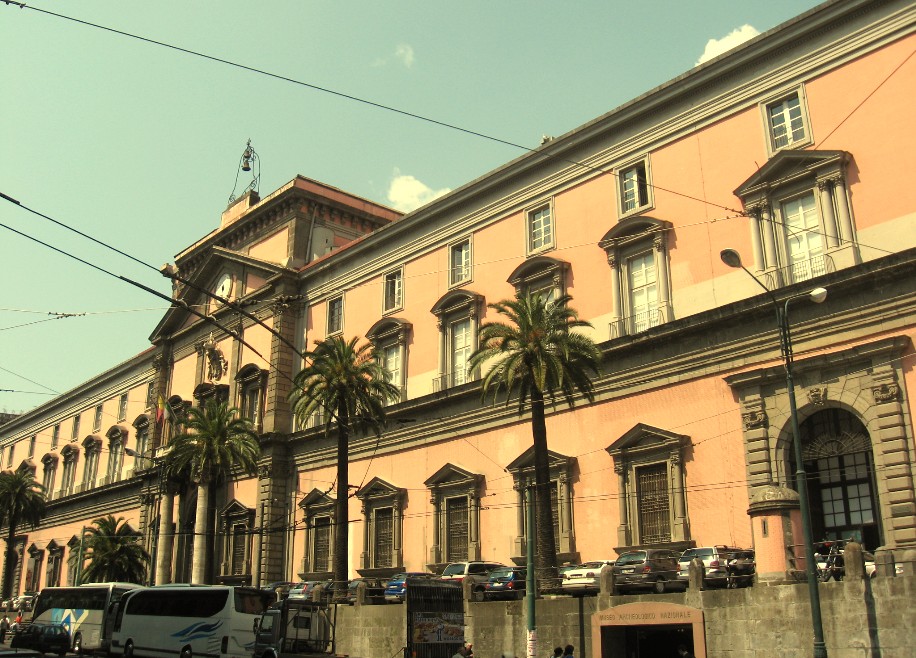 Naples’national museum ranks among the world’s best, housing spectacular finds from Pompeii and Herculaneum, and the colossal Farnese sculptures. Originally a military barracks, the vast red palazzo was transformed into a archaeological museum under Bourbon rule. The rooms on the ground floor are devoted to the Farnese collection of statues that the Bourbon King Charles inherited through his mother from the powerful Farnese family. First-rate copies of older Greek masterpieces are mingled with original Roman creations. Over a varied crowd of heroes and warriors, Aphrodites and Athenas, towers the largest sculpture from antiquity ever found, the Farnese Bull, unearthed at the Baths of Caracalla in Rome. The rich collection of mosaics on the mezzanine floor comes from the floors, walls and courtyard of Pompeiian homes. One of the highlights here is the Battle of Issus, the remains of a war scene depicting Alexander the Great in his victorious battle against the Persian emperor, Darius ( 333 BC ).
Special permanent exhibits include the fine bronze figures from Villa dei Papiri in Herculaneum ( look out for the two athletes whose concentrated expression is almost disconcerting ) and there are small display cases containing samples of the carbonised papyrus scrolls which gave the villa its name. Don't miss the famous blue vase from a tomb at Pompeii — the closest parallel to the Portland Vase (British Museum).
The Egyptian collection, which contains a mummified crocodile; and the collection of carved precious stones, featuring the Farnese Bowl, a giant cameo with fine pink reliefs an a black field ( 150 BC). A recent addition to the museum is nearly complete fresco cycle detached from the temple of Isis in Pompeii, with Egyptian landscapes and two episodes from the myth of Io.