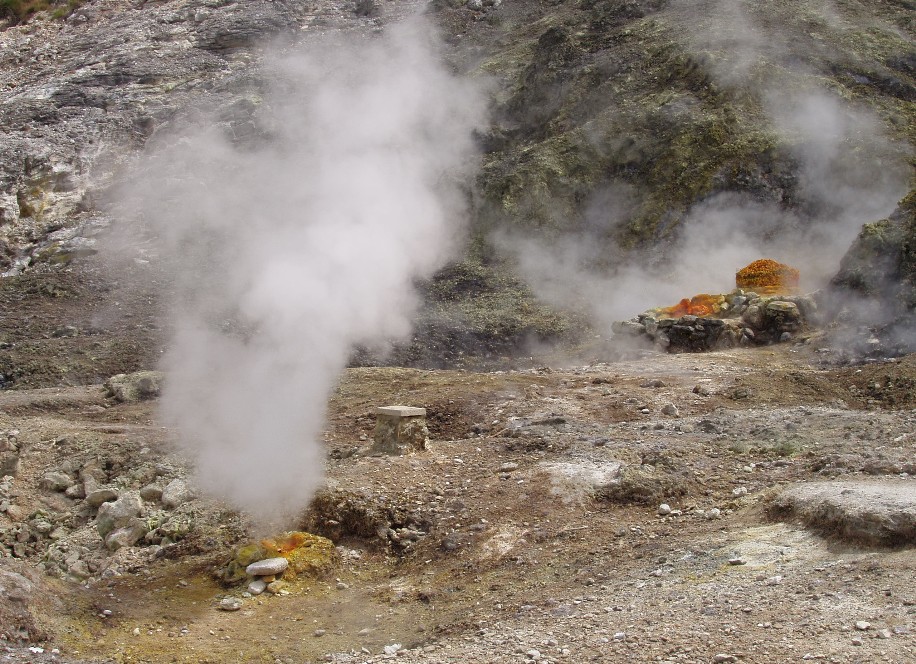 The Phlegraean FieIds (Campi Flegrei or `burning fields') is the name given to the volcanic plain extending along the coast from Cumae to Naples_ Previous eruptions have left 13 craters, some filled with water. The most recent resulted from an explosion in 1538, and is known as Monte Nuovo (marked on the map :,as `volcanic crater').
The region provided the inspiration for Greek and Roman notions of the underworld. Solfatara (just north-east of Puteoli) was known as Forum Vulcani, and still abounds with fumarole, bubbling mud pits and sulphur gas vents.
Lake Avernus was believed to be the mouth of Hades, and it was thought that the vapours arising from it killed birds attempting to fly over it. Nearby was the Cave of the Cumaean Sibyl, visited byAeneas before he descended to the underworld.
During the late lst century BC Agrippa, minister of works for Augustus, set aside the gloomy legends and transformed the area into a series of secure naval bases. A double crater, flooded by the sea, became the harbour of Misenum, where the fleet was under the command of Pliny the Elder in AD 79. He also made Lake Avernus itself into . a harbour, connecting it to Cumae by a road tunnel (the Crypt of Cocceius, named alter its architect), and by a canal and dock via the Lucrine Lake to the sea.
By the 1st century AD the region had become a byword for unbridled luxury, and magnificent villas abounded at Baiae and Cumae and all along the coast.